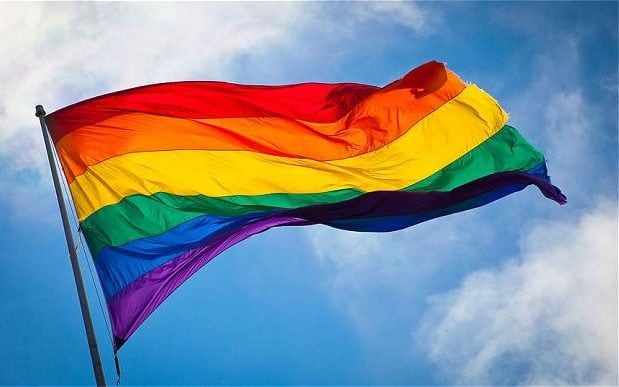 Our lunchtime meeting this week featured a talk by George (@ilovehermind), one of our junior doctors on health issues in older LGBT people.  It was incredibly thought provoking.  It’s rare that a presentation makes me want to immediately go and learn more. However as I soon discovered there was very little to find.

First up I went to the British Geriatrics Society website and typed ‘LGBT’ into the search facility. No results.  Hmmmm…. disappointing.  I then tried typing ‘Gay’ – nothing again.  In fact despite typing an array of acronyms and looking amongst the various headings I couldn’t find anything.

I tried Health Improvement Scotland. They’re bound to have something I thought.  Eh, that’s a no too.

I was starting to get annoyed….

Eventually I was able to find the articles that George had referenced in her talk.  What I hadn’t really appreciated until now was the range of issues that our older LGBT community faces.  More over how little attention or recognition they receive.

I am also slightly ashamed to say the issues raised had never really crossed my mind.  I guess I have always considered myself to be the type of person who doesn’t pay all that much attention to perceived differences. I will treat people the same whoever they are.

That said over the next couple of days I began to reflect on my own practice.  To my knowledge I have looked after only a few older LGBT people.  I have never asked nor have I made assumptions.

I’m beginning to wonder if it is.

I have been corrected on many occasions by the women who I have said hello to as ‘Mrs’ only to be told ‘it’s Miss’.

Then there was the man who I looked after years ago with the low impact hip fracture.  He told us some weeks later that in fact he had been born female but had been brought up and identified as being male.  This was told to us in confidence and I’m very honoured that he felt he could share that.  However when a well intentioned Healthcare Assistant shaved the beard he had been trying to grow for months the devastation felt by all was awful.  He never said not to and she just assumed he would want to look well groomed.  Now I appreciate that’s a very specific story but it has stayed with me.  What could we have done differently?  Each time I come up blank…. The story came back to mind when I read this quote:

‘Coming out’ is an on-going, dynamic process. Every unfamiliar person and place (such as a hospital or nursing home) demands yet another decision about disclosure. (Age UK)

So as we talk about frailty and all the other conditions that occur in old age I don’t recall any conversation about the needs of the LGBT community in old age.

Are they any different?  In some respects yes but in ways I hadn’t really considered before.  There is a higher proportion who drink alcohol and/or take drugs.  We are also now seeing approximately a third of newly diagnosed HIV cases in the over 50yrs and 5% are >65yrs.

However what I hadn’t appreciated was the issue around social care and loneliness. The combination of family estrangement and/or no children leading to social isolation and lack of support network. Some good news and an attempt to address this lies in Manchester City Council opening the first LGBT care home:

To be honest George’s talk was a real eye opener for me. I became a Geriatrician because I believed that older people were largely the forgotten mass who got a rubbish deal from the NHS. I wanted to be their advocate. I now realise that I have been somewhat blind to a group of people within this. I am delighted that Geriatrics is now front and centre in the NHS.  However I feel we may have some way to go to ensure that all older people receive the care they deserve and are entitled to.