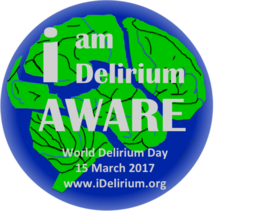 Straight off a weekend of on call I went into prep mode for World Delirium Day (Wednesday 15th March). The idea of doing a day of global awareness had been talked about for a while but only in the past month or so had it really become a reality. We at the Scottish Delirium Association were keen to be involved.

We’d done a similar social media campaign for one of our meetings in June 2016.  Myself, Ajay Macharouthu, Alasdair MacLullich and Karen Goudie began a week of tweeting and FB posting which culminated in the live broadcast of the SDA conference via Periscope.  I think we were all a bit bordering on delirium ourselves by the end of it. However anything to raise awareness in delirium can only be good thing.

The hub of World Delirium was http://www.iDelirium.org. Using #WDD2017 social media was again used as the driver to advertise and influence. During my weekend on call when I wasn’t seeing patients, I was loading up tweets and FB posts, writing a piece for our Comms department, ordering up more resources to share (thank you lovely OPAC!) and generally trying to do my bit.

Ironically on the day itself I was focused on another aspect of brain dysfunction.  We’d had a stroke simulation day in the diary for months and wasn’t one I was about to cancel.  Instead everyone got a delirium lanyard and a reminder about what else the brain does.

As the day went on my phone was constantly lighting up either with SDA tweets and FB posts as well as my own twitter feed.  My multi tasking brain was kept active until well into the night.

Similar to last year I did have a sense that we need to be moving on from merely raising awareness.  We need something more tangible to show for it.  This has also been the view of some of my delirium education colleagues.  On the back of this we have been developing a sister website to iDelirium to focus purely on education.  The www.thinkdelirium.com was launched to provide information for both healthcare providers as well as patients, families and carers.  More importantly it is a one stop shop to share educational tools such as slide shares, simulation, videos as well as updating on the latest research and delirium meetings.  It’s still under construction but we’re all pretty excited to be able to provide resources to those who are looking to not only learn but educate others about delirium.

We have also submitted an application to develop a MOOCS (Massive open online course) which, if approved, will be the first of its kind in delirium education.

Events like #WDD2017 are fantastic to raise awareness but I have a sense that people want more.  People are no longer content knowing what it is, they want the skills to know how manage it. We need more research to help us better understand delirium so we can develop new management strategies and education tools.

Like a lot of conditions in medicine while we may not be able to entirely eradicate it we will have the power to control it and that’s a pretty worthy aspiration of any delirium superhero….. 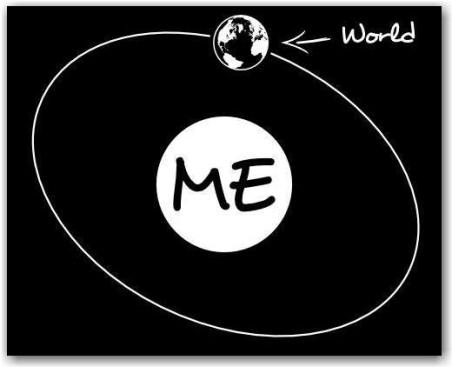 I’ve just finished another weekend on call.  They are increasingly a test of endurance.  I always feel not just physically tired but mentally drained after it. Perversely though I’ve always quite liked the acute receiving aspect of my job.  When you speak to medics they will say that it’s not the work they don’t like but the intensity of it.

It’s this intensity that has lead me to reflect on some people’s behaviours and attitudes when on call, myself included.

This weekend was not as busy as some have been lately. That said there was the odd surge in demand. During one of these our Emergency Department began to struggle as they were short staffed.  The solution?  Pull one of our middle graders through to help cover until their shift change and staffing numbers would be restored.  Sensible? Yes, very.  We were managing just fine.

However this was not greeted with universal agreement or understanding. There was a huge sense of injustice about it ‘no one helps us when we’re short!’ This carried on into handover with mixed responses from the rest of the team.

It settled quickly and life went on as before.  I did debate at the time whether to get involved in the discussion but I didn’t.  In part I was mid writing up my own notes and also being tired I had a sense I may be somewhat clunky in my feedback.  I may have been thinking:

’Quit moaning, think about the patients, it’s not all about you, so can it!’

However there was a danger that with my feedback filter turned off I would actually say just that so I stayed mute.

Also I’ve been there myself.  I understood where this person was coming from.  As a middle grader I was, at times, the biggest pain in the arse when on call.  I couldn’t see further than my own nose never mind thinking about my colleagues.  I did however put the patient at the centre of my various rants.  I also thought for a long time this would make me beyond reproach when it came to the effect I had on others.

While I accept the patient’s needs are paramount I would strongly argue do not forget about your colleagues.  This point was reinforced with a stroke thrombolysis situation I had recently.  The phone rang at 4.35pm just as I was starting a mountain of paperwork.  I wasn’t on call that night so was hoping to get away on time.  I was told there was a person in the emergency department who was FAST positive. Realising that I was going to be at least another couple of hours I actively sighed down the phone at my colleague. I was also about to start moaning when I decided to button it and go downstairs. My ED colleague was also a little fed up.  They’d had to come in on a non clinical day to cover staff absence.  All our issues were put to one side however as we focused on dealing with the person who was having an acute stroke.

The treatment went very well and the family were delighted.  It was at this point I felt I could leave.  I thanked everyone in the room and went to chat to my colleague.  We chatted about each others pressures and frustrations long enough to feel equilibrium had been restored.

At times all I hear is staff saying ‘what matters to me’ but not asking their colleagues ‘what matters to you?’  We need to realise that its likely to produce the same response.  Be person centred but not to the extent that it’s all about you…. 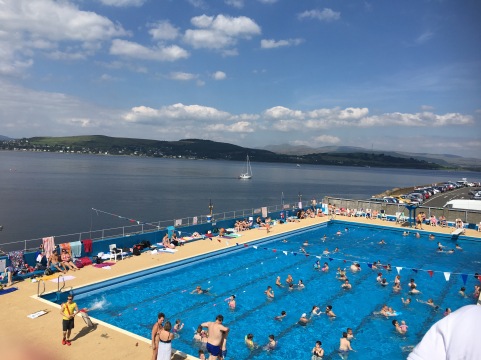 A phrase I often use in the TIA clinic is ‘you’re getting an MOT of sorts’.  What I mean by this is I’ll take a history, carry out an examination, check some bloods, do a few scans and get an ECG. It’s a pretty comprehensive assessment.  People seem to like that turn of phrase – it’s familiar and it’s reassuring.

With this in mind I decided it was probably about time I carried out a similar type of MOT on myself. Like medicine you need to know what specialty to refer to.  To my mind life MOTs fall into 6 main areas:

I’d pretty much done the health MOT to death in recent years so figured I could skip that.  Other areas are also in good shape so I turned my attention to fitness.

Since changing jobs a year or so ago I now get loads of fresh air and exercise thanks to all the walking I do in my commute.  However my favourite thing to do is swimming.  The problem is that my local pools are all quite far away and usually shut on weekends for lessons.  So I joined a  gym. Well, technically I joined a swimming pool I suppose.

Included in my gym membership was the opportunity to undergo a fitness MOT.  Being in the proactive/worried well section of the population I signed up immediately.  My first assessment was last week. As excited as I was to know what my VO2Max was (?!?) I just  wanted to know I was generally in ok shape.  Turns out I am. Hooray!  However my celebratory mood was cut short when the assessor said ‘aye but you doctors never stick at it’ This mildly irritated me although I wasn’t entirely sure why.  My response at the time was to point out that the gym is intensely boring and I’ve no idea why anyone would want to ‘stick at that either’.  I felt I had the moral high ground with that…

For me exercise has never been about the fitness side of things – I use it as stress relief and relaxation.  If I get fit, so to speak, it’s purely by accident.  I know many medics who view exercise as something else to be wildly competitive at.  There are others who periodically train for something e.g. a triathlon or 10K and then not go back to it.  For the rest it’s simply that they do not have the time or the energy to do anything other than pour a glass of wine or flop into bed.  I would argue that it’s this type of fatigue that can lead to feelings of guilt which in turn can make stress levels worse.

One thing I would like to do is suggest medical staff wear pedometers. To start with I think it would surprise many to see just how far they walk in a day.  During an average on call  I can walk 4 – 5 miles yet somehow it’s not perceived as exercise. My legs would argue otherwise!

So while I entirely support initiatives to improve the health of NHS workers I do think we need to better recognise covert exercise. The type that many do everyday but don’t realise. With this in mind I’m going to get my colleagues some pedometers to see who is the most traveled within the realms of FVRH. I suspect the notion that we doctors don’t stick to any kind of exercise program is a misnomer.  It’s just our gyms are the corridors of the hospital…