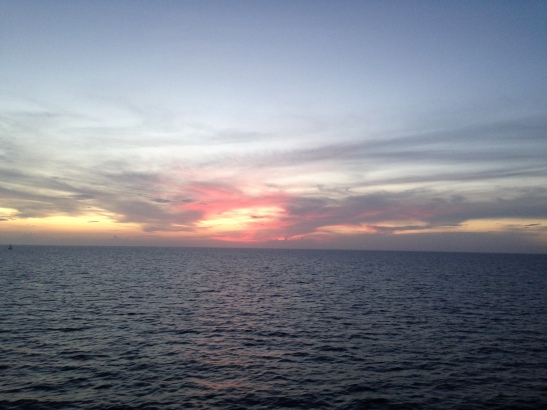 I was mulling over what to write about this week and was slightly stumped as to what to say.  You see it was one of those rare weeks where things seemed under control.  No less busy just less frantic. I’m always caught by surprise when they come along.  It’s a bit like running really fast to get somewhere but failing to notice that you’ve already arrived. So I stopped running,  got my breath back and looked around.  What to do…..?  Like most people I’ve a huge list of things to do but for the first time in months I had time.  I could decompress.

Working in the NHS means things can change at a moments notice so you can never be too complacent or relaxed.  It does require a bit of getting used to though.  One thing you are taught is never to say the ‘Q’ word. It’s rather like uttering Macbeth inside a theatre.  Any type of emergency that subsequently happens will be the sole fault of the ejeet who said the ‘Q’ word in the first place.

Establishing that things appeared to be ‘settled’ it was quite nice to actually have conversations with people that didn’t just revolve around work related issues.  People laughed.  We ate some cake.  We still got the work done but it had a different feel to it.  Work was, for a short while, quite a pleasant place to be.

While my head was above water, bobbing along, I noticed some others were not having such a great week.  Sometimes it doesn’t take a person to be flailing around or making a lot of noise to indicate they are struggling.  However as I’ve mentioned before they can be unintentionally overlooked if you yourself are so busy in your own drama to notice the subtle signs.  I often think if a person uses the word fine more than three times in a conversation then things are clearly not fine.  I realise this could be considered anecdotal rather then scientific however I believe it to be true.

I had one such conversation with one of my colleagues this week.  What was lovely though was I could do something to help.  Nothing obviously noteworthy or major but something I hoped tried to make their situation better.

Time it would seem was on my side this week.

Later on in the week I was asked what was more important – money or time?  While you can argue the case for more money in almost any job time really is the most valuable commodity.  You can’t make it last longer, you can’t save it and it can vanish when you least expect it.

So as I look forward to the coming week do I expect it to be as straight forward?  No.  That would be foolish.  I work in the NHS for goodness sake!  I will however take each day at it comes mindful of the difference 24 little hours can make……